Swearing, not caring,  an old lady staring. Shhhhh! or we’re going to get thrown out.  This is the one place I can work, I can’t afford to be blacklisted.  Collapsing into giggles; profanities and talk of gardens, grandchildren to run alongside one another, just as freelancers and retirees do this Tuesday morning in a North London cafe. 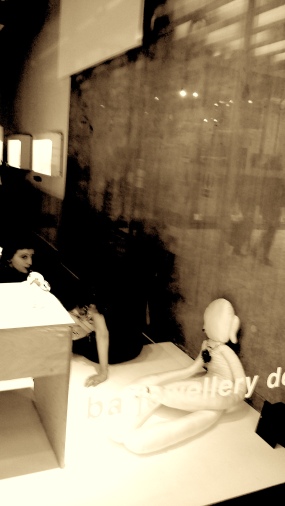 This is mischief, the lighthearted naughtiness that makes daily life bearable. Mischief is free as long as you’re open to it; though it has led a certain Charlie Chaplin, a certain Ann Summers to serious wealth. Mischief consists of acts that disrupt the hierarchy. They can be minuscule  – the Prime Minister running through a field of wheat or bold – Pussy Riot or the Pussy Grabs Back posters from the Women’s March.

A sort of illustration: The yellow stands in for wheat; the bull for The King’s Horse.

Mischief is often seen as a front for not being able to protest verbally. When British women were campaigning for the vote at the beginning of the previous century, they fell into two camps: by-the-book suffragists lobbied; militant suffragettes attacked paintings, police-men and the King’s Horse. The  former were praised for their methodical tenacity; the latter criticised for proving that women were irrational and therefore unfit to engage with politics. But there is no denying that mischief has energy, emotion. It laughs at the perpetrators of injustice, divesting them of their sovereignty; it unites campaigners  in body and spirit, gives momentum to their cause. 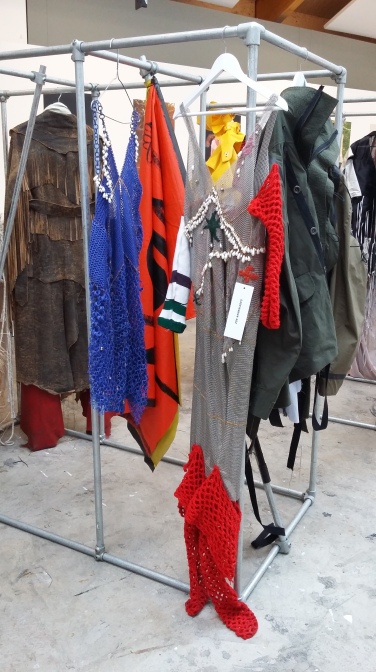 For your crusades, your jaunts through fields of wheat… dress foreground by Zoe Armeniades

Overturning hierarchy, poking fun at the old customs, is integral to creativity. The Central Saint Martins BA Jewellery Design show this year was a hotbed of mischief. At the hands of these young students, jewellery lost its fussiness and became a playful adornment for the body, taking you back to the childhood impulse of making rings out of hula hoops (and eating them).  ‘Jewels’ to be felt-tipped over your knuckles; great rusted chains to span the length of your body, heavy for the bottom of the ocean or of hologram lightness to move with you, sparkle as you dance, fidget. Jewels to free or rather multiply the nipple*; thigh bracelets made from housewives’ staples, marigolds and j cloths. The talk was mischievous too: ‘it would be cool to have a ring you could drink out of’; ‘It’s 50-50. If either one of them asked me to marry him, I’d say yes.’

Mischief lurks everywhere, even in the most tragic situations. Hypothetically speaking, at your grandmother’s funeral, you may look up from your grief and find the liturgy is horribly out of tune; the cats in the cemetery  piss and scratch themselves; the gravedigger’s crack smiles over his jeans; the morticians make her look like Endora from Bewitched.  And watching over it all, the Great Lady herself, half enjoying the fuss we’re making of her, half standing back to let life continue.

Child’s drawing, found in a tolerant but pious household